Every person is the result of her childhood! Nothing truer than this because childhood follows us for all life and structuring the adult of tomorrow depends on the mode in which it was perceived and lived our childhood. Without realizing it, we are the artisans of the future life of our children. Under normal circumstances, each parent to child strives to offer everything he thinks is best for him. But not always manages to do because of insufficient knowledge about the child and his real needs. I will present to you how parenting can become much easier when it is done by understanding children’s perspective!

First of all, the inconsistent attitude of parents induces great confusion in the mind of the child. This refers to situations when the parent prohibits certain child’s behavior in some situations, then, in another circumstance, the same behavior to be allowed or even encouraged.

I remember about a mother who thinks that it was very funny when her little boy said the word “stupid”, but when the child started to repeat the same term at the kindergarten she was very upset and punished the boy. Of course, he was very disturbed about the mistake because he did not understand why sometimes he was appreciated and even encouraged to use this word and other times he was rebuked or punished.

On the other hand, generally, threat and punishment are not effective methods in a child’s education. Things get more serious when punishments are disproportionate to the child’s behavior. Sometimes the father can threaten but never do what he said. For example, the child can hear something like: “If you continue to cry in the store, I will never buy you anything.” It is a kind of threat that certainly will never be applied. Such formulation is especially dangerous because it could be repeated a lot of times and because not having a concrete purpose may result in a loss of credibility parent against child. On the other hand, if the punish is too hard it can make the child feel wronged and fight back another form. I remember about a situation when a teenager of 15 years delayed to dinner for a few minutes and all her books were confiscated by the mother and given to a recycling center. The result was that the teenager ran away from home, was injured by a car and suffered serious injuries. To be effective, sanctions must be proportionate to the gravity of the situation, and parents must be consistent in its application.

One of the biggest mistakes is to inhibit the dreams of your child! Every one of us has dreams! You have to let your child develop the imagination to fulfill his future adult life! If you stop him, he will be disappointed and demoralized! You must encourage the spirit of creativity and help him by talking and providing the best conditions for growing! You have to learn him how to achieve the dreams by inspiring him to read, to thing and to socialize as much as he can. Maybe you have an unfulfilled dream. Would you like your child to be in the same position? I do not think so…

Second of all, dissension and disagreement of opinions of the two parents in the education of children where parents apply different sets of rules appear two main effects: on the one hand, the confusion of the child, and on the other hand, mutual disparagement of the two parents in the baby’s face. Thus, it will learn to speculate at some point the situation to his advantage, which can create chaos in the education system. I mean the real situation in which, for example, the mother does not allow children to watch cartoons for more than half an hour, but his father allows him to stay in front of the camera as long as he wants. Even worse are situations where these disagreements are manifested in the face of the child because it will strengthen the sense of confusion, and the confidence that can exploit the situation in his favor.

Nowadays, parents are very busy because of the jobs and the priority of making money. Under these conditions, most children spend almost the entire day in kindergarten with extended hours or at school and afterschool options. In this context, the time children spend with their parents is quite low. Even if parents cannot increase the amount of time spent with the baby, they can provide higher quality. This effectively means getting involved in activities with him like reading stories, riding the bike or simply holding him in their arms. I know many cases when the parent sits in front of the TV or computer and he considered that simple physical presence in the same room with the child is sufficient

Also, most parents, to ensure a better chance in life, or simply to compensate for their lack of children’s lives, they enroll the child in a multitude of extracurricular activities. Thus, there are many cases in which a child of preschool or school age, after finishing regular schedule kindergarten or school (which often is overtime), enter immediately, the same day in extracurricular activities, such as playing sports (swimming, tennis, martial arts, horse riding, etc.), learning new skills or education (playing the piano, dancing, painting, modeling, etc.) and learning new languages. We have to mind the situation of a girl of 10 years following a school teaching in German (although the native language is English), learn to play the piano part in national competitions dance, learn in particular German and make courses for swimming. The child’s compulsory program begins at 7 am when he wakes up and ends at 9 pm when going to bed. All this time is well organized between the above-mentioned activities, but the program lacks an essential activity: child-free time. Under these conditions getting better understand the term “stolen childhood”.

Finally, parents should not become frustrated because of children getting wrong. They just have to try to understand their perspective and explain what is correct. Children are not so complicated as long as you can see their point of view. Being a parent is probably the most difficult but also the most beautiful “job” that someone can have during a lifetime. It is a challenge that ought to accept any responsible and mature person who can appreciate the wonderful gift of life! If you can’t be the first, be the best!

What are Child Developments Needs?

How to improve all the five domains of child development? 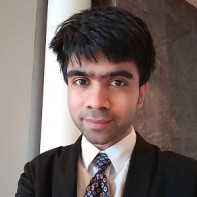 Tips and hints on how you will certainly get your children to consume much...

Be a good example with these suggestions for education

How to improve all the five domains of child development?

Tips to Help Your Kids to Concentrate